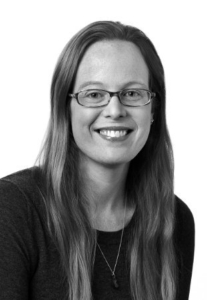 My boss and mentor at my first job post-college described what editors do in the most perfect way. She said we were like midwives, helping writers to produce their best work and offering guidance and encouragement along the way.

For the past two decades, I’ve followed that advice working with writers in book publishing, academia, corporations and nonprofits. Along the way, I’ve noticed frequent missteps in writing that either a) are flatly wrong or b) lessen the strength of the writing.

There are some hard-line recommendations I insist on (e.g., subject-verb agreement). There are also are looser areas like stylistic choices (e.g., to Oxford comma or not Oxford comma) in which I help writers establish a standard and stick to it. (Insider’s tip: Always create a style guide to ensure consistency.)

I won’t bore you with too much of the first category here. If you don’t understand common words like “it’s” (“it is”) and “its” (possessive plural), or if you still don’t know how to make nouns plural, I’ve resigned myself to see “Its another new year!” in the holiday card from “The Stein’s” or “The Steines.”

Here I’ll point out some common mistakes I see writers make as well as some gray areas that dilute strong writing.

Unnecessary Words That You Don’t Need (Get It?)

Determine if EVERY word is needed. If it doesn’t have a purpose or add real value, delete it. It should go without saying, but revising your own work is key. (Insider’s tip: Put your copy away, then reread it the following day. You’re more likely to be your best editor if the writing seems “new” to you.)

Compound predicates don’t take a comma. Writers reflexively put a comma before “but” or “and,” but it’s not necessary if a subject and verb don’t follow. For example, don’t do this …

Descriptive words are not possessives. Don’t add an apostrophe to a word ending in “s” when it is used primarily in a descriptive sense. Think of that word like an adjective: citizens band radio, a teachers college, a Teamsters request, a writers guide.

You don’t need a college degree to write academic degrees correctly. Use an apostrophe in bachelor’s degree, a master’s, etc., but there is no possessive in Bachelor of Arts or Master of Science.

Know your audience. Toward vs. towards have preferred spellings in different countries. “Toward” is the preferred spelling in the U.S. and Canada. In other English-speaking countries, such as the U.K. and Australia, “towards” is the more common spelling.

Writers are still confused about “that” and “which.” Use “that” for essential clauses important to the meaning of the sentence. “I remember the day that we met.” Use “which” for nonessential clauses, where the pronoun is less necessary, and use commas. “The team, which won the championship last year, begins its new season next month.”

Tag dialogue correctly. Some verbs — such as laugh, grimace or hiss — shouldn’t be used as dialogue tags. You can’t laugh, sigh, hiss, giggle or smile a line of dialogue. Instead, use those verbs as part of an action tag.

Lastly, do all your editors a favor and please run spellcheck!

P.S. Tracy says every writer should read: The Elements of Style by William Strunk, Jr. and E.B. White, Eats, Shoots & Leaves: The Zero Tolerance Approach to Punctuation by Lynne Truss, Bird by Bird: Some Instructions on Writing and Life by Anne Lamott, and On Writing: A Memoir of the Craft by Stephen King.

Tracy Quinn McLennan has edited for The Hired Pens since 2013. She is the owner of TQM Communications, LLC, which offers editorial services from the big picture to the smallest detail. She is an editor, writer, book author and communications professional with 20+ years of experience in book publishing, marketing/advertising and corporations.